The idea for this app came to me out of necessity. I used to ride the bus to the office every day, and the busses on my usual routes were very inconstant and there were multiple I could take. It was very clumsy to watch and find what bus would be coming next.

To solve for this I made a very basic web app that would watch the local transit API, but this was only a partial solve. The next step was to bring it into app form so it was easy to launch, and I could allow for friends (and eventually other people) to use the same logic and easily set it to watch their usually busses. It allows you to set specific routes and time windows to watch, and will show you the next bus coming that matches that in real time based on the GPS reporting of the transit API.

This app was a good time to learn React Native, so it was one of my first apps using this library/framework. The app is using a mixture of vanilla JavaScript, APIs, and React Native modules to create a streamlined interface. 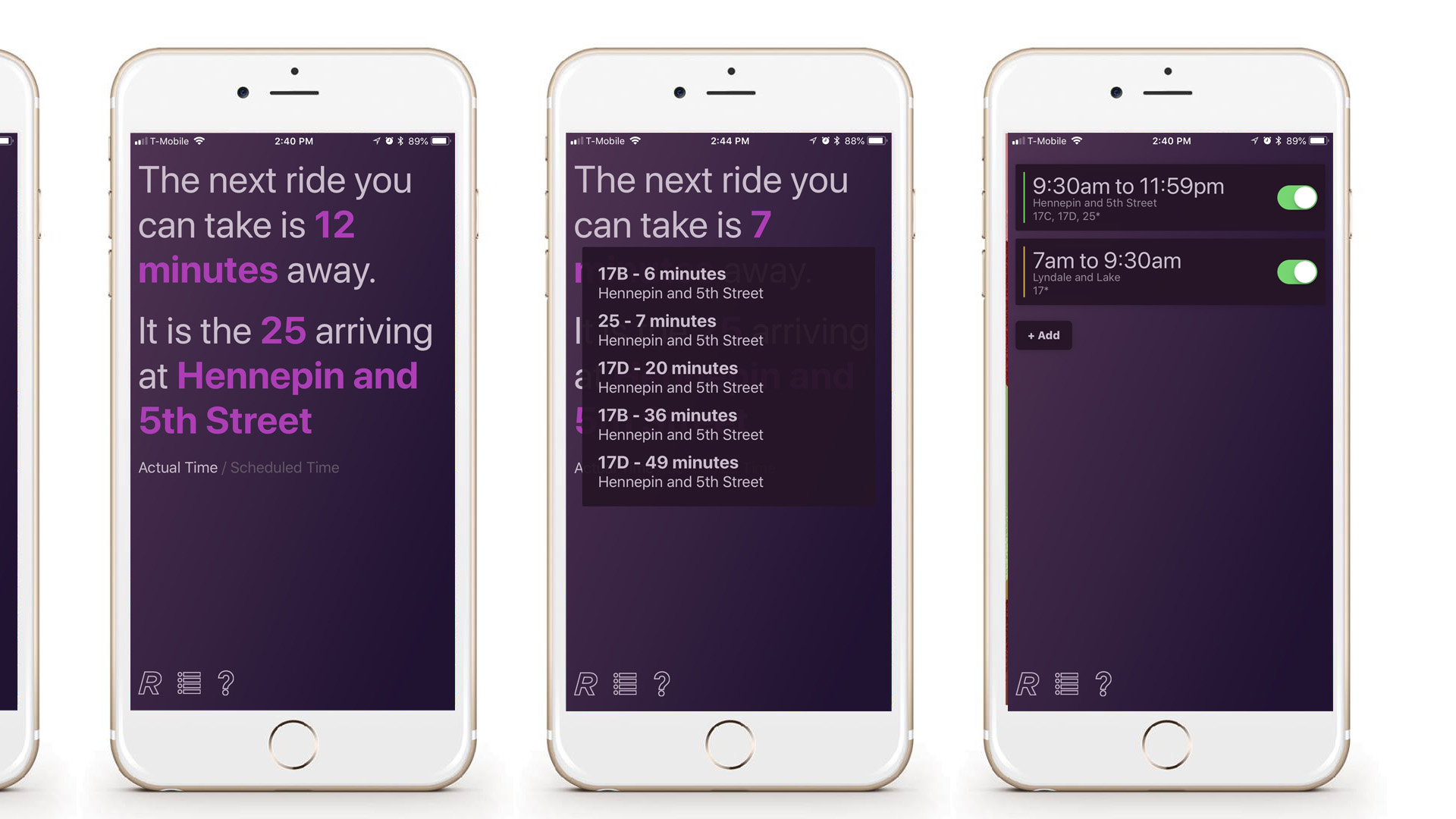